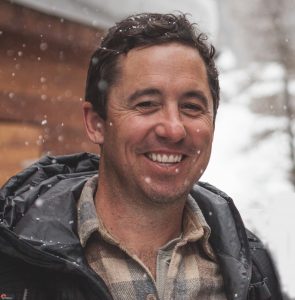 Porter Fox was born in New York and raised on the coast of Maine. His new book, THE LAST WINTER: The Scientists, Adventurers, Journeymen, and Mavericks Trying to Save the World was published by Little, Brown (11/2/21). His book Northland: A 4,000-Mile Journey Along America’s Forgotten Border was published by W.W. Norton July 3, 2018. He lives, writes, teaches and edits the award-winning literary travel writing journal Nowhere in Upstate New York. He graduated with an MFA in fiction from The New School in 2004 and teaches at Columbia University School of the Arts. His fiction, essays and nonfiction have been published in The New York Times Magazine, The Believer, Outside, The Virginia Quarterly Review, Time, CNN, The New Yorker, The Paris Review, Men’s Journal, National Geographic Adventure, Powder, Narrative, The Literary Review, Northwest Review, Third Coast and Conjunctions, among others. In 2013 he published DEEP: The Story of Skiing and the Future of Snow. The book was featured on the cover of The New York Times Sunday Review and in both the U.S. Senate and House of Representatives. Fox also presented findings in the book to heads of state and climate envoys from around the world at the 2015 Paris Agreement.  Fox has been anthologized in The Best American Travel Writing and was a finalist for the 2009 Robert Olen Butler Fiction Prize. He was a 2016 MacDowell Colony fellow and a recipient of MacDowell’s Calderwood Foundation Art of Nonfiction Grant. He won a Western Press Association award in 2014 for a two-part feature about climate change and a Lowell Thomas Award for an excerpt from Northland. He has written and edited scripts for Roger Corman and several documentary filmmakers. He recently completed his first collection of short stories and an anthology of short fiction with the late poet Larry Fagin. He is a member of the Miss Rockaway Armada and Swimming Cities art collectives in New York and collaborated on installations on the Mississippi and Hudson rivers, Venice Biennale (2009), Mass MoCA (2008) and New York City’s Anonymous Gallery (2009). Fox is represented by Duvall Osteen at Aragi, Inc.